Philips announced that it has signed the 300th agreement for its LED luminaire and light source licensing program. Since May 2012, the number of companies licensed under the program has increased by 50%. So far, 300 companies have acquired a patent portfolio of Philips LED system technology and solutions.
The program has achieved impressive results - only about 100 companies worldwide signed with Philips last year. Philips has been committed to driving innovation while creating a level playing field, and the signing of the 300th company to the program is a milestone in the history of Philips. With its early investment in LED lighting technology, Philips has become a world leader in LED lighting. Through this program, Philips aims to promote the development of the lighting industry and promote the industry's transition from traditional light sources to energy-efficient LED lighting solutions.
Arian Duijvestijn, senior vice president of Philips Intellectual Property and Standards, said: "The LED lighting and light source licensing program has grown by 50% in the past year. This performance is exciting. We are pleased to see that more and more startups and large companies The company signed a contract to join the LED luminaire and light source licensing program and realized that working with Philips can help them accelerate product development, reduce costs and drive industry growth. We warmly welcome the 300th company to join Philips' licensing program, and we believe it It will attract more companies from different fields in the coming months, and finally realize the development goal of promoting LED lighting, a future energy-saving lighting solution."
Since Philips introduced the LED luminaire and light source licensing program in 2008, more and more companies have realized the benefits and opportunities brought by this license, and Philips LED technology patent licensing requirements have increased significantly. Under the program, licensed companies will receive a range of basic technologies for LED control and systems for LED brand luminaires and light sources in general lighting, architectural lighting, entertainment lighting, and theater lighting.
Previously, Philips also worked with Cooper, Trilux, AcuityBrands, Cree, Osram, Martin, Neo-Neon, LemnisLighting, Zumtobel and Paulmann. The lighting company signed a license agreement.
Licensed companies evaluate the Philips LED luminaire and light source licensing program in this way:
Maxon Technology
Maxon President Dan Zaharoni said: "After obtaining the Philips patent license, we will have sufficient technical foundation to support the number of customers to triple or triple in the next 18 months. We are looking forward to the future of the company and the entire LED market."
Berman lamps (Paulmann)
Berman Lighting CEO Detlev Paulmann added: "Bermann is a leading supplier of lighting products and is active in more than 40 countries. As a family business, we are passionate about lighting and have decided to LED early. Technology is the main driving force for the company's future development. We believe that the signing of the licensing agreement with Philips will help us to provide better products, expand our product portfolio, and bring the market distance between customers and products closer." 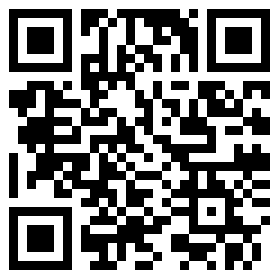